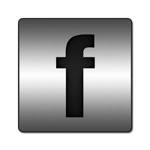 Peewees beat Massena B 3-1 in final of tourney

Below is the Peewee Tourney schedule for this weekend.

Below is the schedule for the Peewees in the concession stand.  This may be subject to change.  If you have any questions, please contact Summer at 315842-1855 or Kathleen Harvey at 3589344.